skip to main | skip to sidebar

So, I secured a house for my family to rent over Christmas. It is in Sandbridge, VA, which is about 45 minutes from here. I'm pretty excited about this Christmas. My brother and Steve are supposed to come down and my grandma might make the trip. It is shaping up to be one of the biggest and best holidays of the past 5 or 6 years.

Our baby bongo are doing great. My pictures of them made it into the paper and on the websites of a couple local news outlets (be sure to check the slideshow).

A couple of friends that both work with me are tying the knot this weekend. Looks like it should be a good party. We got them a rug... it was on their list. I promise.

Oh yeah, was anyone else yelling at the television last night during the debate? Politicians, in general, piss me off but right-wingers like McCain really get me going. He has to be the creepiest thing in... well... since Cheney.
at 11:12 AM No comments:

Man, this is good shit. I'm not sure who this guy is who posted the video but he does give a good background. He does drop the the f-bomb (and a few other of Carlin's favorites) several times but that's no more offensive than Sean Hannity. And he looks like a mix between Robert Downey, Jr and Hank Azaria, no?

Oh yeah, by the way... apparently the McCain Campaign is longer granting interviews with Palin to anyone but conservative news outlets like Fox News. I guess Katie Couric brought them to their knees; who'd-a-thunk-it?! And that's what I want from the second most powerful person in the world; someone who must be coddled and kept safe from Katie Couric!?! 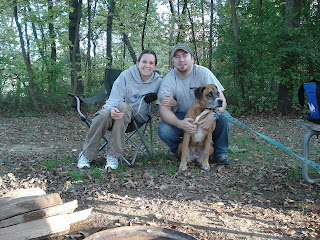 Me and the old lady loaded up the Yaris Saturday with the dog and enough camping gear, fishing gear and food-stuffs to sustain us for a week. She was able to ditch work early and I cut my Habitat day short to get a jump on the drive. We were out by 1pm and at the Walnut Hill Campground, outside Waynesboro, VA by 4:30pm. The tent was pitched, the fire sparked and the whiskey sipped all before the sun dropped below the trees. We were camping.


The soreness of my ground-slept back had crept away 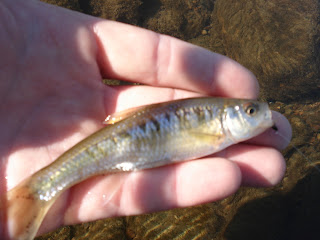 as I slipped into the South River for my first day of fly fishing. After hooking a couple baby brookies, one so small I didn't know it was on until it became park of my backcast, I noticed I was tripping over something with every step towards the bank for lunch. Upon further investigation, I realized the felt sole of my Orvis boot had come unglued. Since this was only the third time these boots had seen the river, I was about to come unglued myself.

After lunch, we tracked down a craft fair so Aubry could get her kicks too. It never fails to amaze me what people can come up with and that they believe someone will buy it. Anyway, Ollie was a big hit with the kids. Lots of kisses and hugs then back to the campsite for hobos, fires and lots more whiskey. 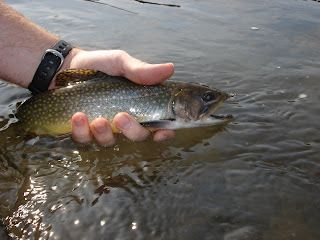 The next day I strapped a Band-Aid on both boots, since the other sole was acting like the first, by way of electrical tape. I tried a section of the river I had never fished and came out on top. One nice brookie, two rainbows of similar size and a handful of baby bookies; all on the same flying black ant. 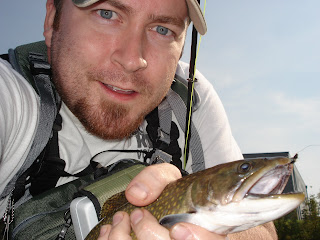 I packed it in at lunch and we started back towards home. On the way, we stopped by the Orvis store in Richmond and they switched out my ailing boots for a fresh pair, no questions asked. Good guys over there at Orvis in Richmond. Good weekend all around. 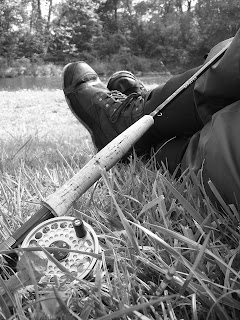 So, I was thumbing through Sarah Palin interviews on YouTube the other day searching tirelessly for an intelligent, well spoken opinion (I mean who hasn't) when I came across this video of Matt Damon (and some bonus stuff after the interview).

I can agree with this viewpoint. So I thought, how would this movie play out? In response to myself, I came up with this. A trailer for the movie idea by Matt Damon.

“All-Star teams from across the country are arriving in Arlington, VA for the Junior League National Hockey Championships.”

“After a week of tough but fair competition the winner is crowned.”

“The team from Wasilla, Alaska is awarded the Championship Cup by the President and Vice-President of the United States.”

<Panicked newswoman from FoxNews, “While driving back to the Capitol after attending the Jr. League National Hockey Championships, the President and Vice President were involved in a horrific crash. Both are in critical condition”>

“The Country is scrambling, trying to decide who will pick up the flag and lead during this time of great turmoil.”

“Then it becomes clear…”

“The mom of the MVP on the Champion Junior League Hockey team… who served as the Mayor of her town and was recently elected Governor of Alaska. She’s just scrappy, pit-bullish and easy-on-the-eyes enough to take the reins and save our Country.”


Would you pay to see this movie? Me either.

Oh, and Mr. Damon, if you decided to use this script for the trailer, please let me know so I can tell my Mom I made it.
at 10:31 AM No comments:

Well, bad news. The Dawgs managed to hold true to tradition and royally fuck up at least one game per season. These next two weeks will be drapped in black and full of tears. Only "Gandalf Falls" will be played.

Georgia continues to roll. Hopefully the snowball will get bigger and carry us through January. Big test this weekend. Richt and the boys have called for a blackout.

One important face, or voice, won't be there though. Larry Munson put rumors aside and retired today. So many fans will take off their headphones and listen to the TV commentator for the first time in their lives Saturday night. Here's the best tribute I could find.

That's right folks... hockey season is right around the corner. Now, just as with most sports, I don't really care too much about pro hockey. But minor league hockey gets my blood flowing. The only thing that could make it better would be if our local minor league teams (all of them) didn't suck.

On the bright side, the Scope Arena did land a kickass new scoreboard.
at 10:32 AM No comments: 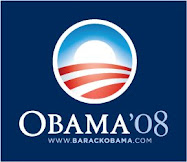 Silly People That Read This Blog